Ben is an artist and curator working in moving and still imagery to create socially engaged digital art to create spaces for communities to connect and be creative and work at the intersection between site (place) and the virtual (digital). Ben is currently completing his Ph.D. at Culture Lab, Newcastle University concerned with the production of creative digital strategies at grass root level to create solutions to the issues and challenges that concern the community of Bensham, Gateshead.

Recent and current artistic and curatorial projects include ‘The Spence Watson Archive Project’ (2014-ongoing); ‘The Saltwell Road Project’ (Gateshead, 2012-ongoing); ‘A Northern Perspective’ (2012-ongoing) a research project and collaboration with artists Sophie Hope and Elaine Speight; and ‘Connected Communities’, Culture Lab, Newcastle upon Tyne (2011) a SiDE and AHRC funded project including a conference, workshop exhibition, live event and book ‘United We Act’.

Ben has worked in project and curatorial roles at Deveron Arts, Huntly, Aberdeenshire with artists Hamish Fulton, David Sherry and Stefanie Bourne (2010); with Matt Stokes on the production of his film ‘The Gainsborough Packet’ (2009); Andrew Dodds on his audio work ‘All Things’ (2009) for the group show ‘A Duck for Mr Darwin’, BALTIC Centre for Contemporary Art, Gateshead; ‘George Maciunas, The Dream of Fluxus’, BALTIC Centre for Contemporary Art (2008) 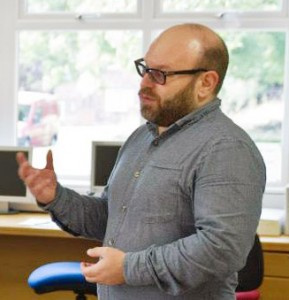