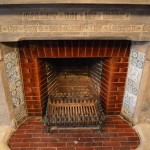 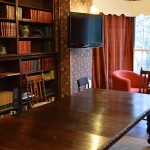 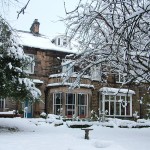 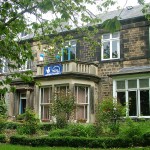 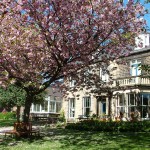 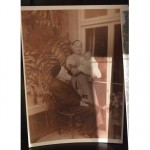 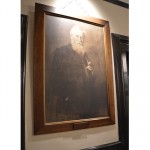 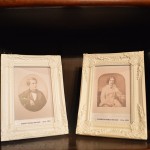 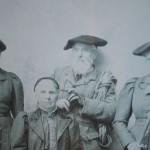 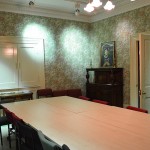 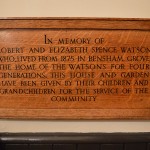 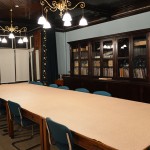 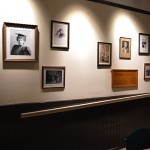 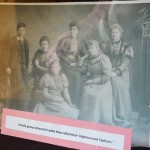 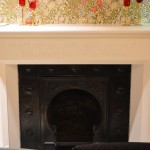 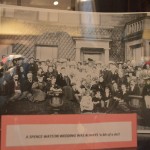 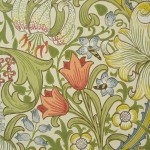 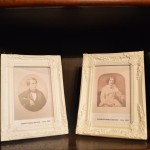 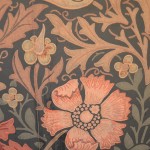 When Joshua Watson acquired Bensham Grove in the early 1800’s he would have been escaping the hustle and bustle of his bacon purveyor’s shop in Newcastle near the river Tyne. A country man at heart, originating in Allendale, Northumberland, he saw Bensham, situated on the other side of the river in Gateshead, as a place for holidays in the first instance, before eventually making it his family home. Bensham Grove wasn’t newly built when Joshua bought it. Certain features recently found in the attics point to an earlier Georgian building, possibly a farm-house, plain and unadorned, set amidst fields, orchards and blue-bell woods. He called it his ‘country cottage’. Old maps show similar houses or cottages dotted around Bensham. This was to become the country retreat of merchants and business men, the very beginning of suburbia. By the 1850’s Joshua’s son Joseph was in the process of adding a large two-storied sunny extension to the main house. Carried away by the fashion of the time he also created an elegant-looking portico with Greek columns to the main door and a large bay window to the library. The 1870’s saw Robert Spence Watson, his son, placing inside the house an eclectic mix of Arts and Crafts features such as stained-glass, fire-place tiles and wooden ceilings making Bensham Grove the much loved home of Robert, his wife Elizabeth, and their six children, Bensham remained an idyllic place to live as late as the 1880’s when the need for housing, due to the huge industrialisation of the river, encouraged the local property owners to sell their three or four acres to speculative builders resulting, by the 1930’s, in the now famous Tyne-side Flats. Bensham Grove however withstood this onslaught, surrounded as it was with high stone walls. The gardens became the play-ground of the Spence Watson children and a favourite place for Elizabeth to rest and recover from her busy and philanthropic life. To Robert it was his haven from politics and social concerns. Together over the years they were to host a huge selection of eminent people of the time and treating them as honoured guests. Artists, writers, explorers and politicians, joined social reformers and poets around the table at Bensham Grove. The house, newly restored with the help of a Heritage Grant, and now a community centre, still exudes this sense of warmth and welcoming to the myriad of people who continue to cross its doors. Shirley Brown, chair of Bensham Grove and local historian